over the past few months, i have been extremely lax with updates on my blog, amanda in the city. although it's easy to blame my non-stop work on that other blog, this lapse has mainly been because i've been deciding what i want this space to look like in the future, and what i want to use it for. i have decided it's time for a major overhaul.

internet, it has been exactly four years since i moved to new york. thinking back over the bulk of my 20's, which i have spent in nyc, i can't even begin to comprehend everything that i've experienced and dealt with. for example, getting laid off, exactly one year ago. living through that experience, and continuing to work hard as a full-time freelancer while still looking for a full time job, has made me a stronger person and, in my opinion, a better writer. what's more, i am happier now than i have been in a long time.

with that in mind, i have taken some time to think about what i want from my career and my life moving forward. no matter where this crazy life takes me, i know that i have enjoyed my life as a blogger since i launched amanda in the city in september 2005. i want to use this space to relive those past experiences, expand on my memories -- both fond and otherwise -- and let others learn from my mistakes.

case in point: every day, i cover a media world that has changed drastically from the one i entered into as naive college grad four years ago. at the time, the gym in the building, an hour for lunch and three hours every week for gym time were standard issue perks. there were twice monthly reporters' lunches that i organized, where we would get free food and chat with editors, for no good reason. if i worked late, i got to take a town car home. i had a corporate card and expensed things like my tickets to fashion week and a $75 bouquet for every editorial staffer who had a baby. my boss would take me out for lunch often, where we would easily make our way through a bottle of wine. after-work drinks were common, too. this world of black town cars and bottomless expense accounts no longer exists in magazine publishing. i doubt we will ever see it again. but i lived it, and i took it for granted, along with everyone else who was there at the time.

as for men, i've been hurt more than once in these last few years. i have emerged with some pretty strong opinions and theories about the young, urban, professional male, which i won't hesitate to share with you here. i have been unlucky enough to have fallen in love with my share of immature men who, after insistently demanding i become their girlfriend, decide it's not me who they want to spend the rest of their lives with. i'm not sure why they reach this conclusion, but i'm hoping to figure it out eventually.

the new amanda in the city will be a combination of republished posts from my last blog, as well as updated stories and insights gained through hindsight and experience. it will focus on the media world, dating, love and living in new york city as a 20-something. feel free to follow along, leave comments or send me feedback -- i'd love to hear what you think about this new endeavor and the blog's new look. 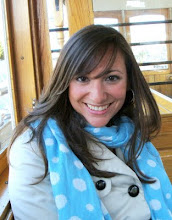